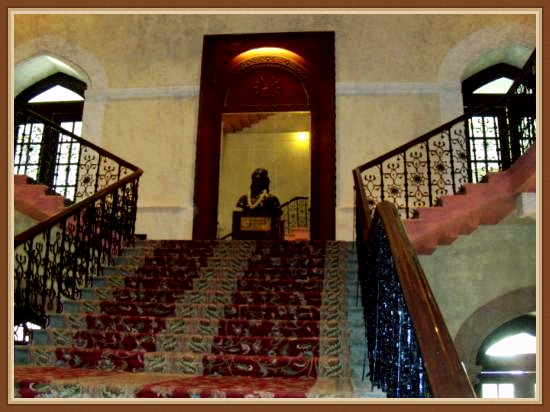 “Age is not a particularly interesting subject. Anyone can get old. All you have to do is live long enough.” ― Groucho Marx

Albert was eighty-eight years old today. He planned dinner with the boys to celebrate. Eighty-eight years. Not a small accomplishment by any means given the many challenges Albert had weathered in his life. He fought in the big war against the Nazis in Africa, Sicily, and up the boot of Italy until wounded. He spent two years in recovery, going from hospital to surgery and back again until it was all a blur.

Albert walked down the hall from his hotel room where he lived as a resident for more years than he could remember. His wool suit looked as though it had never spent years being dragged daily from the armoire to go with Albert to dinner. Yet, upon closer inspection the threadbare areas became obvious and the small moth eaten holes here and there could only be determined by careful study. Albert knew of this breach of proper attire but found it forgivable considering his meager funds.

Edward and Frank waited at the bar of the old hotel and upon seeing Albert in his usual attire, greeted him, and wished him happy birthday. Albert invited them to have a dram of good aged Islay malt whisky to celebrate the occasion. Albert did not mention he had saved the money from his meager retirement for this event by limiting his breakfast and lunch to coffee and toast in the morning and a half club sandwich and water for lunch.

The old bartender knew Albert had little money to pay his room and meal cost and saw to it that each got an extra helping of 21-year-old fine Scotch whisky for the price of a lesser pour. The old gentlemen savored their whisky as they remembered their past adventures together; always in a better light than the year before, or when the amusing event took place.

Today was a happy occasion. The old gentlemen made no mention of their failing health, lack of money to pay the bills, or the sacrifices they must make to get to the next scheduled meeting together. Instead, they reveled in their past like young men back in uniform on liberty.

Never one to sacrifice his dignity to exuberant laughter and knee slapping, Albert reminded them that they should be seated at the dinner table. The hotel dining room was the gathering place of wealthy socialites, business men, and politicians in a previous era. Its past grand stateliness embodied all that Albert stood for.  Now, the hotel was decades behind in need of cleaning and refurbishment. Yet, the staff always presented a fine table, even if the linens were thin and frayed, the flatware worn, and china chipped.

The meal was grand to the old gentlemen. This was the first multi-course meal they had enjoyed in a long time. How far they had come from their origins of large families with multiple generations to make sure the chores finished and the meals bountiful.

After dinner, they retired to the lobby to discuss the ills of the world and how they would fix each problem logically and without the usual government bungling of important matters of state. At 9:00 pm, which was their custom, they bid farewell to one another with the intent that should one of them not be there for the next meeting, they would receive a proper goodbye.

Albert was pleased with himself and his friends. Tonight was a good evening. He thanked the staff and chef and made his way back to his room. The kitchen staff was always amused by this odd gentleman that showed such skilled manners over canned green beans and instant mashed potatoes. The waiter pocketed the generous tip and resigned himself to the fact the old man and his good tips were probably not much longer for this earth. He wished there were more like Albert.

Albert held himself as erect as possible as he climbed the grand staircase. The staircase once delivered foreign brides to their grooms and wealthy men to their mistress along with the elite of international travelers accustom to grand style. The old hotel was now the last residence for a few elderly and those who preferred to stay anonymous for reasons the hotel never questioned.

The many coats of paint now covering the grand staircase had long given up their luster. The Persian runner that covered the steps was worn away. The intricate designs woven in velvet had faded to a solid brown of soil. Albert remembered it in all its splendor.

The hallway was dark with one yellowed light at the end that cast a geometric pattern of shadows set off by the grand casements and rosettes that framed the entrance to each room. The door was inset by two feet giving each room a small secluded entrance where lovers once hid to embrace and feel the growing warmth of their partner before finding the old skeleton key to open the door.

Albert retrieved his key and turned the lock. The door swung open as if awakened too soon by its master’s bidding. He stepped across the threadbare rug to his leather chair by the double French door that opened to the balcony. He settled into the old chair and picked up last Sunday’s paper from the reading table, fumbled around for his glasses, and began to look for some news not previously read.

His thoughts faded as he looked across the room. There on the dresser was an old photo of Margaret sitting on the edge of a bench in her tennis shorts and blouse looking back at Albert over her right shoulder. Her curls set in a shoulder length cut with sweeping bangs over her left eye. Margaret’s eyelashes appeared as flashes of starlight coming from her imperial jade colored eyes. Her eyes sparkled approval at the cameraman. Her lipstick accented the beautiful fullness of her lips just a bit apart to hint at the beginning of a huge smile frozen forever.

Margaret volunteered at the hospital to help the men returning home from war adjust from their combat stresses and injuries and to pass the time. She was smitten by Albert. He was a man of great manner and character. His wounds, though severe, had not tainted his character and resolve. Their friendship became a deep and lasting love for all these many years. It lasted long after Margaret was gone.

Albert averted his gaze at the pictures and the memories faded away like the steam from a hot cup of coffee on a cool morning on the balcony. He tried to think of his plan for tomorrow. He decided not to plan for anymore birthdays with friends. Albert would, instead, have a full breakfast and lunch and perhaps go easy on dinner.

The thought of rising early to make the necessary arrangements to arrive in the dining room when it was open to serve guests seemed more planning than Albert could muster at the moment. He went to his armoire and hung up his evening clothes, this time in the wrong spot and a bit uneven. He opened his drawer and took out his sleeping clothes and dressed. Albert paused with his shirt half on and stared transfixed at the pictures on his dresser then his arm continued through the sleeve as if he hadn’t paused at all.

Albert placed his slippers pointing out from the bed with the heels together and swung his legs into the bed. He pulled the covers back over his chest and settled into the impression his body left in the mattress. He felt light-headed. The room focused in and out like the lens of a camera in unsure hands. From the soft haze in his mind, Margie leaned over him to kiss him good night. He noticed she was much younger looking than he remembered. She stroked his forehead and looked at him with sad, worried eyes. She kissed him again then walked to the dresser and sat back down on the bench in the picture.

A tiny tear formed at the corner of Albert’s sleeping eye and melted into the fold of his skin. The tear was joined by another and together they ran down the side of his head and dripped on his ear lobe. From there, the tears fell to his pillow. There on the pillow was a circular light brown stain that had many concentric circles. Albert couldn’t see it when he made his bed in the mornings. The stain blended with the light and shade in his hotel room.

29 thoughts on “Upon Realizing I’m Old”