WOW! That’s an eyeful, maybe the 80’s were our best years. M

In 1995 GOPAC was a right wing group chaired by Newt Gingrich.

It was a list of 113 words for use in attacks on progressive ideas
and democrats.

“…memorize as many as possible and remember that like any tool, these words will not help if they are not used.”

“Apply these (words) to the opponent, their record, proposals, and their party.” 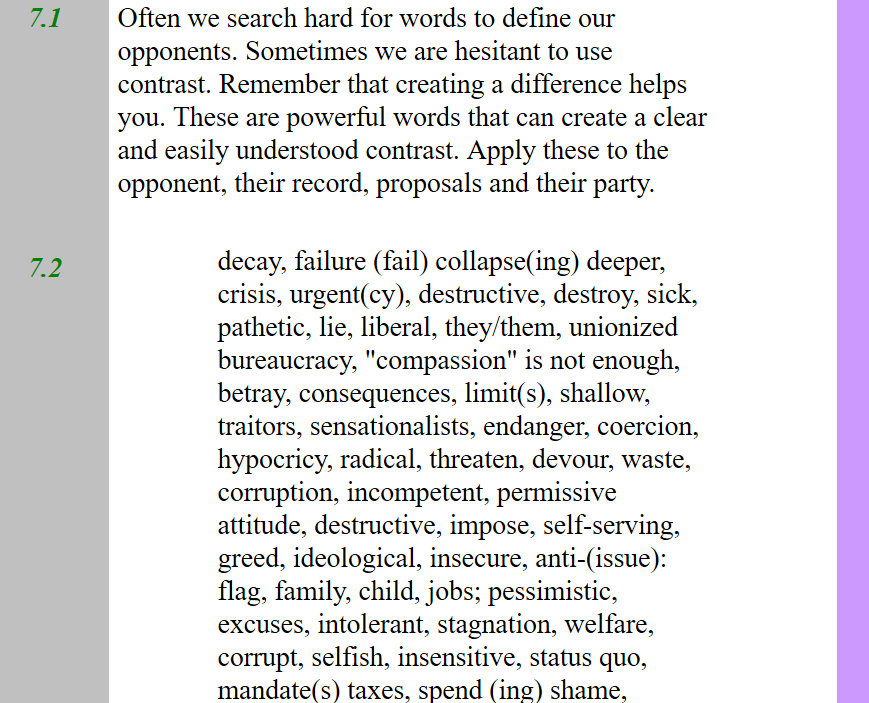 from Language: A Key Mechanism of Control by Newt Gingrich