It’s been a few weeks since my last post (part one) and honestly it’s because that one brought up a few things that rocked me a bit. It was also a post where more people read it from my Facebook page, meaning a lot of family or family friends read it, and seeing those numbers kind of freaked me out. This time, I’m just not going to look. It’s all memories that I’d like to get out of my head for my well-being and I can’t get anxious about those I know reading it.

Moving on, let’s dig up some more.

How about the relapses?

There were a few that I had witnessed. It was quick and rapidly terrifying. Most of the times were at a hotel where there would be a fully stocked mini fridge. Other times, she’d bolt to the local liquor store. Usually prompted by a fight between her and my old stepdad or otherwise it seemed to just happen out of the blue.

You knew before seeing her or smelling her. The energy of the “break” was always palpable. It was a certain kind of energy that I don’t wish to feel ever again. It was a downward shift mixed with shame, guilt, and a crazed excitement (for lack of a better word). It was disgusting and it clung to you and filled your whole body.

Then when you saw her, she was flighty, impulsive, and grasping desperately onto pretending everything was fine. I couldn’t hide my facial expressions so the moment she’d see my face, she always realized I’d known what happened and that I was scared. She then couldn’t hide so then she would try to pick fights with my old stepdad to make it  seem like there were reasons within reality as to why she relapsed.

– This is only with alcohol, by the way. I couldn’t tell you much about the drugs because I wasn’t aware of them until much later. I also am only speaking about the times I was around. –

She’d tear around the room, spinning this wild energy around until I couldn’t breathe. There was nowhere to go and I had no clue what to do. I’d hang on the outskirts of the room and try my hardest to pretend I wasn’t there. I’d watch TV or listen to music. It helped a little, but never enough. When her attention would come to me, I’d pretend I hadn’t been listening or that I didn’t see what she’d just done and she would turn away again and I’d be invisible all over.

Unfortunately the newsletter I received is a month behind, however this is a digital series and maybe missed episode may be available.

I can barely understand my own thoughts yet alone try staying on track “As i Write and try articulate my issues wish i could say anxiety has abated ,but it’s like life’s trying to tear my walls down stripe me bear .could i rebuild this me up? or will she die young!

Today iv hovered around my thoughts and as much as Hannes has made sense im on edge how long sanity will prevail god only knows! There’s much happening to me other than mental illness stalking me, Tuesday we fly to Napier and I’m petrified i don’t fly well and my boy and myself will do this alone though his great-then Wednesday i have a job interview I’m in no zone to pick work up but fuck i have no option “this seems to be a part too” Then Thursday my boy has his interview for trade school ,which his not certain of either.Oh and then bigger we actually have no place yet either to move into and we two weeks away from moving ,the mover never returns my call though hubby has spoken to him..Today the agent rang doing a reference check and never have we had an issue renting though its only twice we’ve rented but since then hubby was made redundant and we lapsed on two accounts which we paying off now, but this has come up grr  I’m left wondering will we get a rental and were will we live ?In the midst of all of this i have resentment to my husband for being made redundant and now relocating ..i know this is selfish but i just cant i need someone to save me from myself !

I’m trying hard to self-sooth my body has a mind of its own and its fragile mind the two just don’t gel with fragility!!

In this post I use ‘we’ instead of ‘I’ because my subjective experience is that of multiple separate people.

The children of pathological narcissists must blind themselves to behaviors that healthy people consider unspeakable.

Food deprivation, the theft of money, a lack of boundaries, triangulated relationships in which the child must either see the other parent as an enemy or hate the other parent outright, contempt for the achievements of others, the competitive behavior of a child, and the threat of psychological annihilation.

For the narcissist the worst crime is independent thought.

The child has no needs of his own.

He must have no dreams, and no vision of life without the clinging demands of a parent or parent surrogate who is essentially a two-year old with no insight.

The psychological death-blow is that the child must never surpass the parent.

My Mother despised my intelligence and…

I would not have noticed her if our car had not cleared of people at Lexington Avenue.

She wore a tattered stocking cap.

She removed it and stuffed it into her jacket.

She held a grimy white bag between her legs.

She reached into it and pulled out half of a doughnut.

That was when I noticed her shoes.

The uppers had split from the soles; her feet were wrapped in newspaper and rags.

I thought, Mother, you need shoes.

I looked up and watched her untangle a lock of matted grey hair.

She reached into her bag and found bobby pins.

She styled the loosened lock of hair into a bun.

I wondered is forty dollars would do.

I had forty dollars.

It was for vitamins; specifically: anti-oxidants.

My body is rusting faster than a wet Ford.

The crows feet around my eyes whispered: erase us, your… 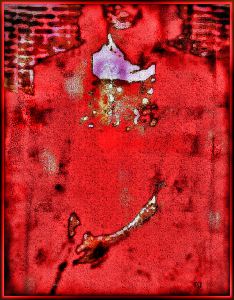 Portrait of My Mother

There is self-esteem and grandiose narcissism..

There is the sense that you can accomplish your goals and grandiose narcissism.

My Mother was brutally narcissistic.

In her mind, I was an object, a toy used to control and dominate my father; a thing she used to secure and please new boyfriends.

My Mother’s control over my intellectual and emotional life was so complete that when she cried I cried.

Even when I didn’t know why she was crying.

Today’s therapy session focused on the fact that I still “discover” that someone I cared about and admired is a pathological narcissist.

I repeatedly “discover”  that the breach of boundaries, the use of my resources without consideration, the inflated claims of competence and the derision for anyone who dared to contradict these claims are signs that I’m in another cycle of repetition.

I meet my Mother…

When we first adopted our son as a newborn, complete strangers would come up to us to say he was the cutest baby they had ever seen. Many also choose, without asking permission, to ruffle and feel his hair. This latest throughout his toddlerhood and stopped abruptly when he was in the early school grades.

My daughter came along 16 months after my son, and she also got a lot of attention for her cuteness and later her burgeoning beauty. People often mistook them for twins even though my son was 3 times the size of my daughter due to the difference in age. I sold children’s designer clothes on EBay for a time and my daughter was often my model. People would write to me about my adorable model although they wouldn’t necessarily purchase the clothes.

Children grow up and although I think they are both exceptionally good looking (adoptive Moms can get away with bragging about their children’s good looks as we had nothing to do with them), they have reached young teenhood. For my son in particular, he is no longer the cute adorable baby and toddler he once was. He is now 15, 6′ tall, and 225 lbs. He is dressed like other teens his age, which includies hoodies on occasion. He has now become the “other”, at least in the adult world, someone to be feared and followed around in stores.

My daughter at almost 14 has an easier time at 5’2″, with a great fashion sense. Yet she too has been followed around in stores as though her skin color marks her as an automatic shoplifter. I have seen this in action with both children in stores. When I come up to them and greet them, my white skin seems to validate them in the shopkeeper’s minds and they quickly back off. It breaks my heart every time things like this happen as I will not always be around with my white skin and white privilege to protect them.

Do I get scared whenever there is a police or security guard shooting of an unarmed black teen, particularly when the shooter goes unpunished? You bet I do. I picture my own children laying in a pool of blood, the only crime being the color of their skin.

It is long past time to put the old prejudices to rest once and for all. If you adored them as babies and toddlers, why can’t you live and let live as they grow older, particularly if they have done nothing to arouse your suspicion that they are up to no good, other than the color of their skin. Yes #blacklivesmatter.

Posted from WordPress for Android

Sharon’s beautiful story of strength and love in her heart.

I was first diagnosed with triple negative breast cancer at age 29, way back in 1988. The protocol at that time was to tell women to wait 5 years before getting pregnant or, as my breast surgeon so crudely put it, “Baby might not have a Mama”. Nothing like the subtle approach to shut down any further questions on that subject!

5 years passed, and I went to my “cure” date mammogram confident that all was well. It wasn’t. The cancer had returned to the same breast and as I had radiation the first time, the only option left was a mastectomy and 9 months of chemotherapy.
I again heard the “Baby and Mama” speech. I was told that chemo could possibly put me permanently into early menopause but as I was still only 34, there was a good chance the menopause symptoms would only…